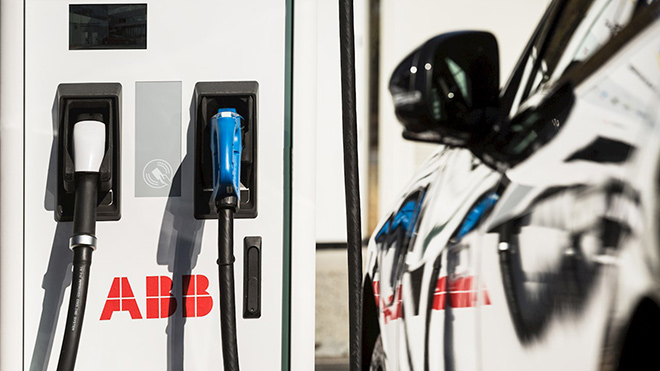 Global electronics giant ABB has been involved in the e-mobility segment since the early days, and it is currently delivering everything from battery systems to charging stations to large-scale EVSE projects. Articles referring to the company in the world’s leading EV magazine number at least a hundred. So when we read about ABB’s recent announcement that it plans to electrify its vehicle fleet by 2030, our reaction was: “ABB is still using fossil fuel vehicles?”

Yes, like a lot of companies (and governments), ABB is getting started a little too late, and setting a too-timid timeline. However, substantial action is underway. The company’s EV 100 plan commits it to electrifying its fleet of more than 10,000 vehicles by 2030. ABB in Sweden has already begun to convert its approximately 700 company cars to pure EVs, and ABB in the UK announced last year that it will convert its over 500 company cars to an all-electric fleet by 2025.

The firm has also announced two related programs: the RE 100 initiative, under which it plans to power its operations with 100 percent renewable electricity by 2030 (the company’s operations in its home country of Switzerland reached this goal in 2020); and the EP 100 initiative, which calls for dramatic improvements in energy efficiency. Currently, more than 100 ABB sites employ energy management systems.

“At ABB, we want to lead by example across our own operations and the confirmation that our ambitious targets are now scientifically verified is an important milestone for the company,” said Theodor Swedjemark, Chief Communications and Sustainability Officer. “We believe that the combination of technology and empowered people is key to reducing emissions and avoiding the further heating of our planet.”