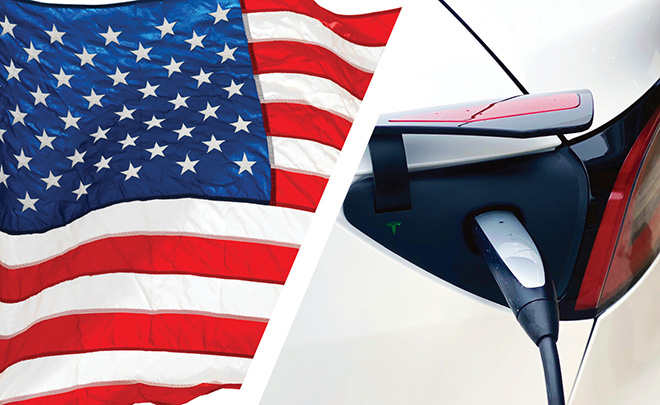 We’re pleased that our pols revamped the federal EV tax credit—the new deal fixed some of the problems with the old rules, and added incentives to encourage the development of a North American supply chain for EVs and batteries. However, as is the case with any new government program, passing the law was just one step in a process. An alphabet soup of agencies must sort out the specifics of the new regulations, and describe them in excruciating detail, leaving us pundits to parse them as best we can.

Now the IRS has taken another step down the regulatory road, issuing a series of news releases with details of the new rules. For those who don’t speak the tax law dialect of legalese, the only one of these likely to be of interest is a Fact Sheet with a list of FAQs for those who hope to claim the credit—and even that is about as clear as graphite slurry.

Fortunately, we have friends who are able to pick out the actual news from the agency’s prolix prose. Our favorite regulatory expert, Margo Oge, a former EPA exec and the author of many articles on EV-related policy, told Charged that the main revelation seems to be that that leased vehicles that aren’t assembled in North America may qualify for the tax credit. This would be especially good news for Hyundai and Kia, whose respective Ioniq 5 and EV6 are not currently assembled in North America, and thus wouldn’t otherwise be eligible for the credit.

However, Ms. Oge cautioned that the leased-vehicle provision may not survive a potential legislative challenge. Senator Joe Manchin (D-Oil Industry) called the latest news a “dangerous interpretation from Treasury.” He wants the new EV tax credits to be suspended, and said he would pursue legislation to protect car buyers from the danger of going electric.

To be fair, EV fans may also object to the carve-out. Why should the IRS encourage drivers to lease rather than buy? As a Treasury Department spokesperson explained to Consumer Reports, most traditional leases should qualify for a $7,500 commercial credit, regardless of the price of the car, its assembly location or the buyer’s income level. The stated logic behind this is that it’s the dealer, not the buyer, that’s receiving the credit, and it’s up to the dealer to pass the savings on to the consumer.

Auto dealers are going to have to provide a document with each “clean vehicle” sold that certifies how much of a tax credit the particular vehicle is eligible for. The amount will depend on a variety of factors, including where the raw materials used to make the battery came from (to claim the full credit, a certain percentage, which will increase over time, must come from the US or approved trading partners).

The IRS offers a list of currently available models that are eligible for credits. For used cars, you can try using the NHTSA’s VIN Decoder, which should reveal where a particular vehicle was manufactured. Electrek and Consumer Reports each offers a readable explanation of the complex rules pertaining to the tax credits. (All of these resources are updated as new information is made available.)

Another revelation in the IRS’s latest announcements: between now and March, there’ll be a window of opportunity during which most EVs should qualify for the full credit, even if they won’t qualify under the new rules. The proposed requirements about the origin of critical minerals and battery components have not been finalized, and until the Treasury Department issues its Notice of Proposed Rulemaking, which is expected to happen in March, new vehicles won’t have to meet those requirements.

“If the vehicle you’re looking at buying qualifies for a tax credit today, there’s no reason to wait, because it may no longer qualify for a full credit in March,” says Consumer Reports Senior Policy Analyst Chris Harto. “If it doesn’t qualify, it may make sense to talk to your dealer about leasing options.”

Industry insiders may want to consult a new white paper on the anticipated direction of the proposed guidance—this is intended to “help manufacturers prepare to be able to identify vehicles eligible for the tax credit when the new requirements go into effect.”

One more item: One of the problems with the EV tax credit is that (unlike similar credits for solar panels and other clean tech) it can’t be carried forward to a future year—if you don’t owe at least $7,500 in income tax, you can’t take advantage of the full credit. The IRS has now clarified that this is unfortunately still the case: “The new clean vehicle credit may only be claimed to the extent of reported tax due of the taxpayer and cannot be refunded or carried forward.”