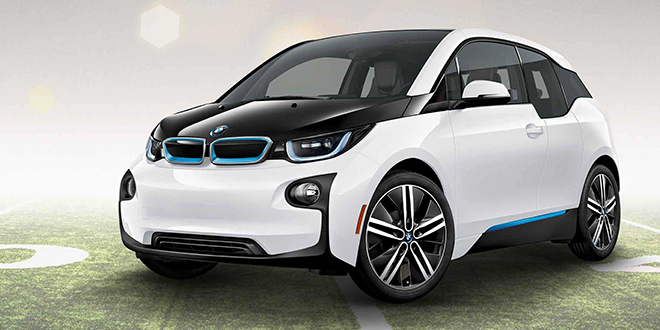 The parallel between today’s EV market and the early days of the internet is easy to see, at least for those old enough to remember the many articles in the 1990s that insisted that the web was a passing fad, and in fact was already on its way out.

BMW cleverly plays on this irony in its new TV ad, which will be shown during Super Bowl XLIX. First we see Katie Couric and Bryant Gumbel back in 1994, puzzling over what an “@” symbol means, and asking “what is internet anyway?”

Next we fast-forward to the present day, as Katie and Bryant are riding in a new BMW i3, and seem to be as bewildered by new technology as ever. “What do you mean there’s nothing under the hood? Katie said she thought this was a car!”

“Big ideas take a little getting used to” is the tagline, and if anything, it’s an understatement. So far, however, this is one EV that seems to be catching on pretty quickly – more than 16,000 units were sold in 2014, its first year on the market. At least one automotive consultant is convinced that the i3 will be profitable at a volume of about 20,000 vehicles a year. With BMW making serious investments in advertising and charging infrastructure, that milestone may not be far down the road.