Today’s power grid can easily handle the number of EVs on the road, but in the not-too-distant future, when a substantial number of cars on the road are electric and larger battery packs necessitate higher charging power, it may be impractical for the grid to provide enough power without some form of stationary storage.

Now a team of researchers at the Swiss Federal Institute of Technology (EPFL) in Lausanne have developed an intermediary power storage device that can quickly charge a car without putting a strain on the power grid. Their goal is to make charging an EV as quick and easy as filling a legacy vehicle with gas.

“With this buffer storage, charging stations can be disconnected from the grid while still providing a high charge level for cars,” said researcher Alfred Rufer.

The storage device is a lithium-ion pack the size of a shipping container that constantly pulls power slowly from the grid. The device can currently charge a typical EV battery in 15 minutes.

“Our aim was to get under the psychological threshold of a half hour,” said Massimiliano Capezzali, Deputy Director of the EPFL Energy Center. “But there is room for improvement.”

Researchers built models to predict the ways gas stations will need to adapt as dinosaur burners cars are phased out and replaced by large numbers of EVs. Their numbers suggest that a station charging 200 cars per day would require a buffer storage capacity of 2.2 megawatt hours, which corresponds to a storage device about the size of four containers.

“Electric cars will change our habits. It’s clear that, in the future, several types of charging systems, such as slow charging at home and ultra-fast charging for long-distance travel, will co-exist,” said Capezzali. 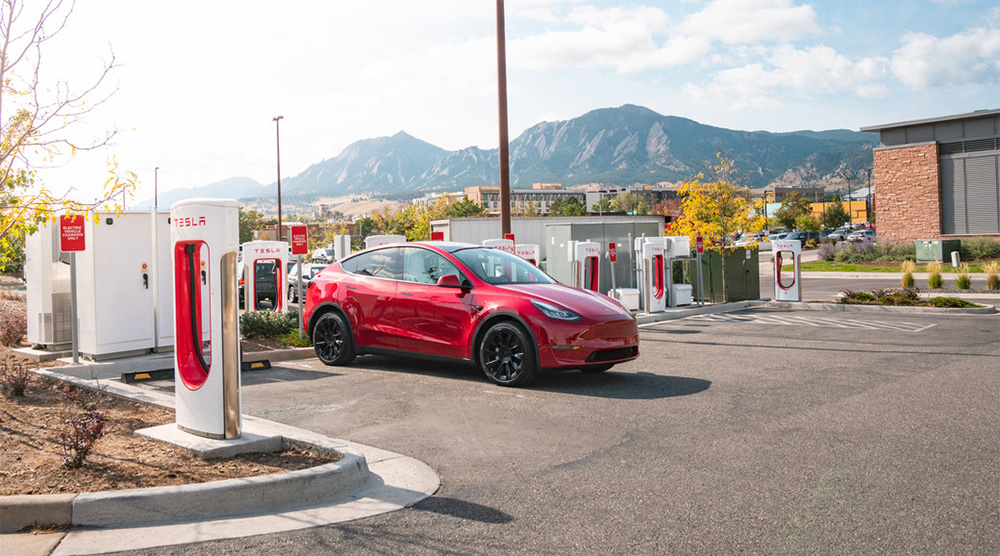