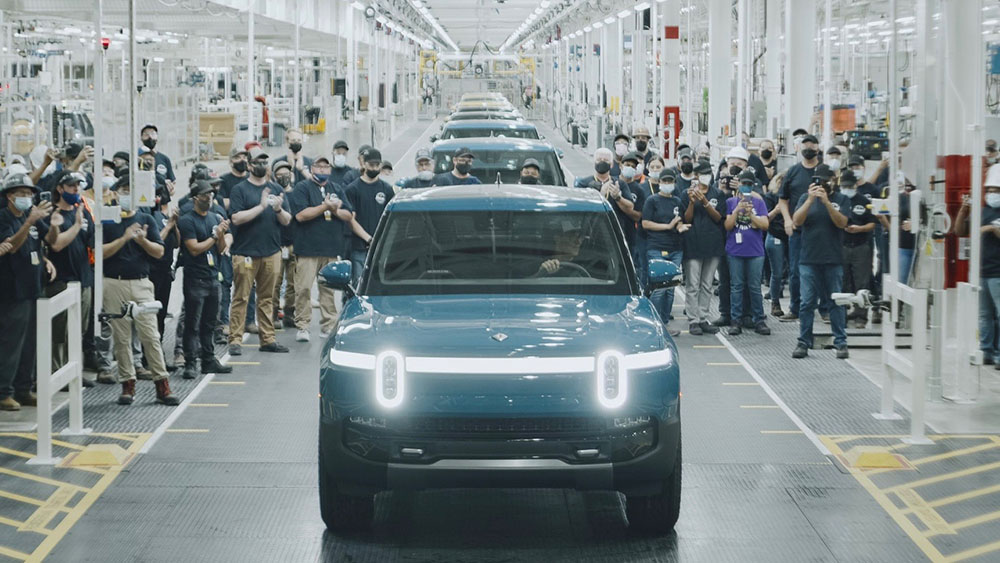 EV startup Rivian’s Q4 2021 Shareholder Letter is reminiscent of the ones we used to see from a certain other Californian EV startup in its idealistic younger days—full of forward-looking technical innovations. Rivian appears to embracing several current trends on the EV scene—going bidirectional and moving towards 800 volts, LFP cells and more in-house production of key components.

When it comes to sales, we find the same doleful dichotomy every automaker is reporting these days: plenty of orders, but a disappointing number of deliveries, thanks to supply chain snafus. Rivian reports that it has produced 1,410 vehicles so far in 2022. It scored 1,015 sales in 2021, for a total of 2,425 units sold to date.

Rivian claims to have about 83,000 preorders from North American customers for its R1T trucks. Partly due to supply problems, it has been forced to halve its forecast for 2022 deliveries, to 25,000 units.

The company will continue to make “significant investments in our next-generation vehicle platforms and in-vehicle technologies, including our proprietary 800-volt architecture, which includes a new in-house family of drive units for both Dual and Quad-Motor configurations. This 800-volt architecture also includes an integrated on-board charger, DC-DC converter, and DC-AC converter, where the power stages of the DC-AC and AC-DC are bidirectional and share semiconductors, magnetics and the controller.”

Rivian’s trucks use a 400-volt battery pack and system voltage. However, as CEO RJ Scaringe told Green Car Reports in 2018, they were designed from the start to be upgraded to 800 volts.

Other new developments at Rivian include “a bidirectional home charger and home energy products,” and “a heat pump-based thermal system for improved cold-weather efficiency as well as a range of new battery packs including both high-nickel and LFP chemistries.”

Rivian says its 260-mile Standard pack will include “a new pack architecture” with lithium-iron phosphate (LFP) cells in place of the high-nickel NCA cells used in its other variants. LFP cells, which have been the norm in the Chinese EV industry for years, don’t offer as much energy density as NCA cells, but Tesla and other global EV-makers are giving them more respect these days. They tend to be cheaper and—a big plus considering the current doleful geopolitical situation—they contain no nickel or cobalt. Rivian also noted that it’s developing battery cells in-house.

The automaker has a new in-house-developed motor technology, which will debut in its RCV platform—the basis of the EDV vans it’s selling to Amazon. Rivian says it has some 100 pre-production drive units and is currently doing validation testing. The new motor tech will appear in the vans by the end of 2022, then migrate to the R1 vehicles in the second half of 2023.

“By using this motor in both our consumer and commercial platforms, we intend to gain cost efficiencies, provide accessible price points, and expand our addressable market,” says Rivian.