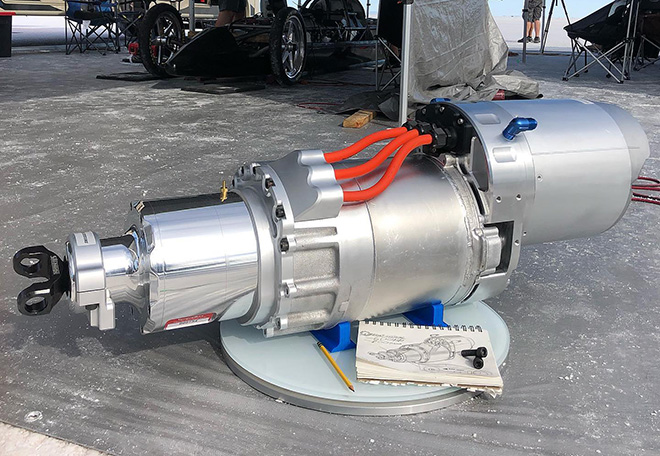 “Our new Revolt Tesla crate motor mounts to your small block motor mounts and attaches directly to your driveshaft, allowing you to use your existing rear axle,” says EV West.

Tesla electric motors are already popular with the conversion crowd. EV West’s new product should make the process of mounting the motor much simpler.

Contrary to what some believe (and what a couple of credulous media outlets reported), converting a gas car to electric drive is not generally considered a cheap alternative to buying an OEM vehicle. An EV West representative told EV fan Robert Straith that the new crate motor unit, which should be available in a month or two, will cost around $30,000, and estimated that adding a battery pack and other necessary components could bring the cost of a complete powertrain to around $50,000.

Once you add the cost of the original vehicle and the skilled labor, you may find that the cost of a conversion is greater than that of a brand-new Tesla. Conversions are for those who have an attachment to a particular vintage vehicle and can afford to pay for what they want, or for mechanically talented folks who love the challenge.

Be that as it may, the conversion market thrives (as does the market for customized, modified and tuned ICE vehicles). EV West says it has a huge backlog for converting customer cars. Name any vehicle you like, from the humblest to the most prestigious, and there’s probably an electrified version of it on the road somewhere. The EV Photo Album offers technical details of over four thousand conversions, from lawnmowers to Lamborghinis.