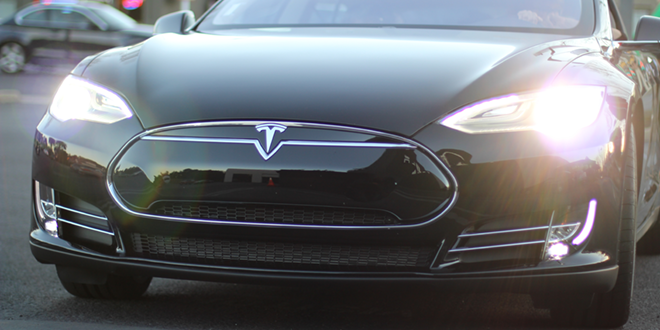 Tesla’s stock (Nasdaq: TSLA) is off to the races again – it hit new all-time highs this week, briefly poking its nose above the $200 level. Quite a feat for a stock that was trading in the $120s in November in the wake of the Model S fire incidents.

Various tidbits of good news ahead of next week’s fourth-quarter financial report (scheduled for February 19) are probably fueling the recent rise. Analysts are expecting a slight profit, worries about future battery bottlenecks have died down, and it’s rumored that details of the “truly gargantuan battery factory” that the company is planning may be offered soon.

Perhaps the biggest boost is coming out of China, where Tesla recently settled a patent dispute and will begin sales next month. Elon Musk said in a January interview that China may match US sales volume as early as next year.

Also in recent news, China’s finance ministry announced that subsidies are to be cut by only 5 percent this year, instead of 10 percent as previously planned, and will be further decreased by 10 percent in 2015 instead of 20 percent. However, the move doesn’t affect Tesla directly, because the Model S, as a US import, doesn’t qualify for the subsidies.

“We understand we don’t qualify for direct subsidies,” Diarmuid O’Connell, Tesla’s VP of business development, told Bloomberg. “We’re hoping the government will consider the role Tesla can have in catalyzing electric vehicle adoption in China and extend those incentives to Model S as well.”

“The better-than-expected change in Chinese EV subsidies is helping the stock,” said analyst Craig Irwin of Wedbush Securities. “This doesn’t fundamentally impact Tesla, given they are not eligible for the subsidies yet, but is a headline positive.”