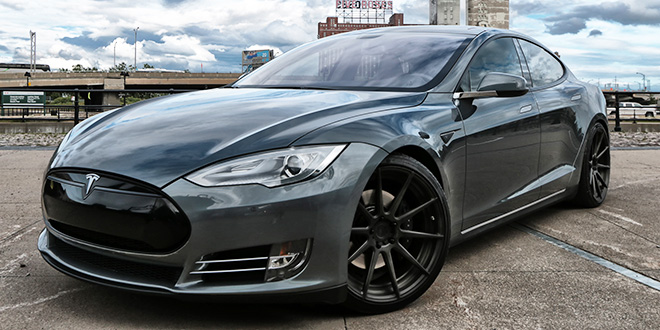 Tesla is developing a certified pre-owned vehicle program similar to those already offered by luxury brands such as BMW and Mercedes. “With the Model S fleet now heading toward the first cars hitting three years old, we are looking at CPO and how best to structure.” VP of Communications Simon Sproule told Automotive News.

In April 2013, Tesla launched a financing program that included a buyback clause, allowing qualified Model S buyers to return the car after three years for a guaranteed resale value – around 43 to 50 percent of the sticker price.

Savvy industry watchers saw it as a brilliant move. “Buying back three-year-old cars at a set price means Tesla to a great extent can control the secondary market. The company…gets a chance to earn a second gross profit on the same car,” said Bloomberg analyst Kevin Tynan. “To be able to control that process in-house would be a dream for most automakers,” agreed AutoPacific analyst Ed Kim.

SEE ALSO: Tesla D is more revolutionary than you think

In October of this year, Tesla started offering 36-month retail leases, starting at $5,000 down and $932 a month. The new lease offer “completes a suite of products…that covers a comprehensive range of financing needs for Model S customers,” said Sproule.

This week, the company gave its most affluent buyers a strong incentive to trade in their Teslas, as it introduced a new and improved Model S with AWD and Autopilot capabilities.

So, over the next few years, Tesla should have a steady stream of lightly-used cars coming in. With its growing network of factory-owned stores, it also has a place to sell them and capture some attractive profits. According to the National Automobile Dealers Association, used-car departments at US dealerships averaged a 12 percent profit margin in 2013, triple what they earn on new cars.

“When you have a manufacturer-controlled retail network, you’re capturing all of the profit with each sale,” said TrueCar President John Krafcik. “The upside is pretty amazing for Tesla. It’s really unlike anything we’ve seen in the industry.”