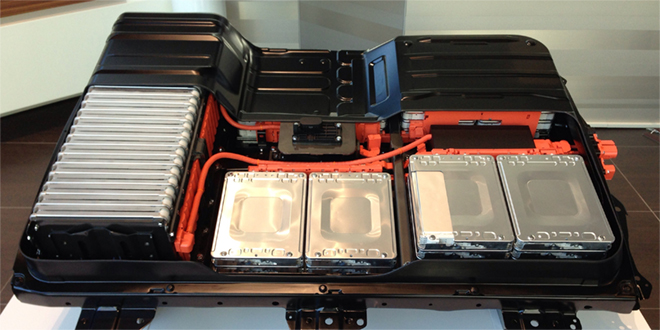 Nissan LEAF owners can now purchase a replacement battery pack. The price is $5,499 (with the return of the original battery pack, which is required and valued at $1,000), plus tax and the dealer’s fee for installation, which is estimated to take about 3 hours. For 2011 and 2012 LEAF models, a $225 installation kit is also required.

Nissan spokesman Brian Brockman announced the news in a post on the MyNissanLeaf forum. Brockman acknowledged that the company shelved an earlier plan to lease replacement batteries, following some “spirited discussion (and very vocal criticism).”

Battery replacement costs have always been something of a mystery – as far as we know, Nissan is the first EV maker to specify a price. This lack of information has allowed the fantasies of the anti-EV crowd to run wild.

The new packs, which are the same as those sold with the 2015 LEAF, use a new chemistry that reduces capacity loss under high temperatures. Hopefully the new “lizard battery” will put an end to the problems in places like Arizona, where some drivers found that their batteries were losing capacity faster than expected.

The new battery doesn’t offer any improvements in performance or range, and Nissan declined to comment on any future plans for a higher-capacity battery pack.

Nissan is finalizing details of a financing plan (not a lease or rental) that will offer a monthly payment “in the $100 per month range.”