GM execs have released a preview of three detailed papers on the new plug-in hybrid propulsion system for the Cadillac CT6 (due to go on sale in China in 2016) that will be presented at the SAE World Congress in April (via Green Car Congress).

The CT6 powertrain features a number of innovations, and a high level of integration among its components, which include a 266 hp 2.0-liter 4-cylinder gas engine; a two-motor, 120 kW hybrid transmission; and a liquid-cooled 18.4 kWh Li-ion battery.

“We have a PHEV system that has incredible efficiency, but it is also one of the highest performing vehicles on the road with extraordinarily connected feel to it,” said Tim Grewe, GM’s General Director of Electrification.

GM used an induction motor for motor A, enabling a lower overall system cost and a rare-earth-free design while delivering the required performance.

“The induction motor is something we are particularly proud of,” said Pete Savagian, General Director of Electric Drives and Systems Engineering. “We’ve done a great deal of work on interior permanent magnet machines, but we haven’t designed many induction machines. For the full power capability we went through an elaborate optimization activity to optimize the size of the cast aluminum rotor bars. We’ve optimized the parameters of the keystone for both power efficiency and torque ripple.” The CT6’s battery pack sits between the rear seat and the trunk.

“Basically we cut out the whole back of the CT6,” says Tim Grewe. “We use the tray of the battery pack as the main floor structure. With the ability to handle the weight of the battery in the car structure, it really improved the stiffness. To handle that mass on the rear wheel drive, it actually made driveability better, because it is stiffer and engineered to go together.” 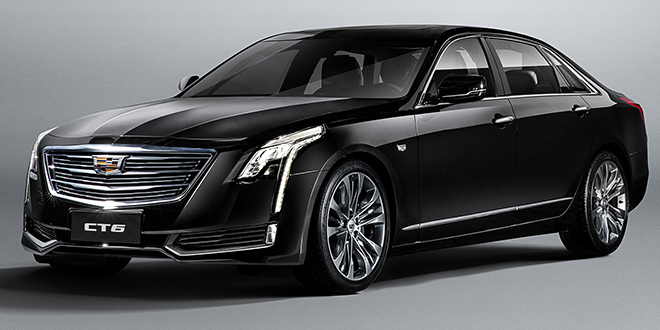