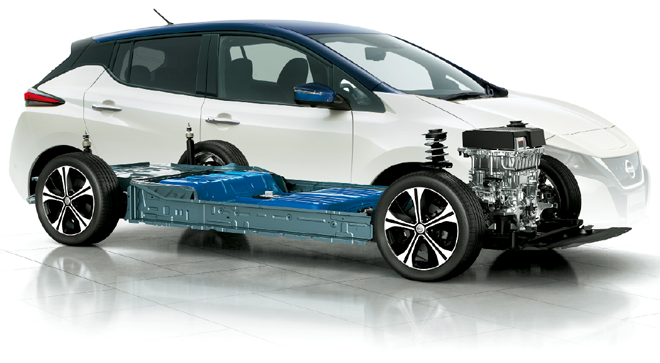 For the last couple of years, EV fans have been eagerly awaiting a new version of the LEAF with a 200-mile range to match that of the Chevy Bolt and Tesla Model 3. Nissan did launch a redesigned 2018 LEAF, with a 40 kWh battery pack and 150 miles of range, early this year, but said the company’s entry into the 200-mile club would take another year.

There were rumors that the new LEAF would be introduced at the recent LA Auto Show, but that didn’t happen, and InsideEVs reports that planned events in Yokohama and Amsterdam were cancelled. It seems the company has decided to delay the coming-out party because of the scandal surrounding deposed CEO Carlos Ghosn.

A Nissan spokesman told Reuters that the company has postponed the launch of the new LEAF in order “to ensure that this important product unveiling could receive the coverage it merits.”

It’s understandable that Nissan would want to wait until the media coverage of Ghosn’s misfortunes has died down. However, some have speculated that the ouster of long-time leader Ghosn, the “father of the LEAF,” and one of the auto industry’s leading proponents of electrification, was a hit job orchestrated by internal political enemies, and that the postponement of the LEAF launch is a case of adding insult to injury.

Electrek’s Fred Lambert believes that it’s only the launch festivities that have been delayed – as far as anyone knows, production of the new LEAF will proceed as scheduled. Leaked documents indicate that the new version will feature a 60 kWh battery pack, over 225 miles of range, 100 kW fast charging, and a starting price of only $36,000. It’s also rumored that Nissan will be replacing its own battery cells with LG Chem cells, and has added an active battery temperature management system.