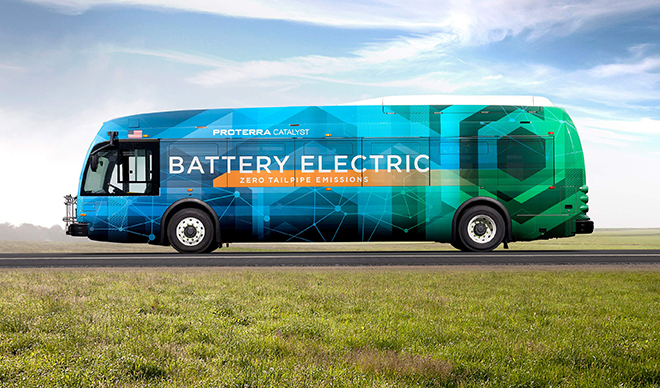 Funded in part by a $5-million zero-emissions grant from the Federal Aviation Administration, the electric buses will replace the aging CNG fleet that SJC has operated since 2008. The airport expects the new e-bus fleet to reduce ozone emissions by 1.1 tons over a 10-year period.

The move is part of a larger city-wide initiative to reduce air pollution, which included San José taking over its electricity generation in early 2019 so it can source more renewable energy. With the purchase, SJC joins a growing list of airports – including New York’s JFK, Los Angeles, and San Francisco – that are electrifying their vehicle fleets.

“SJC is continuing down a green path of enhancing the sustainability of Airport operations as the buses are powered by the City’s very own San José Clean Energy source,” said SJC Director John Aitken. “With room for 40 passengers and their luggage onboard, our travelers will enjoy a more comfortable journey between the parking lots and terminals, while having the satisfaction their zero-emissions bus is contributing to cleaner air.”